One Pop! Bottle is the illustrated tale of the life of a plastic bottle aimed at primary school students. The book was designed and illustrated our Artist-in-Residence Ruby Wright. It takes bottles from their sticky beginnings as oil mined from beneath the Earth’s surface, through to its synthesis into plastic, the injection-moulding process, and finally, to being  recycled into a new drinks bottle. 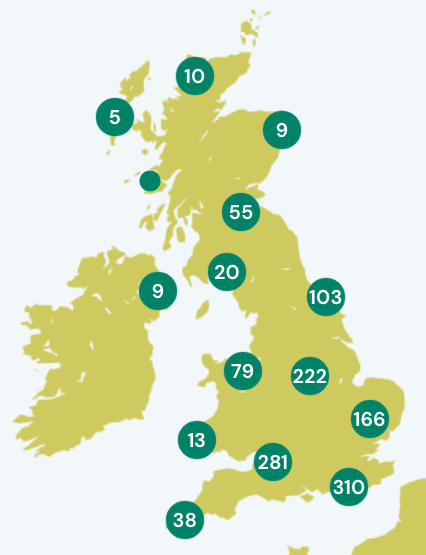 We have launched the BIG COMPOST EXPERIMENT, a nation-wide citizen science experiment to explore whether home compostable plastics do compost in people’s compost bins. We have more 1000 households taking part in the UK. 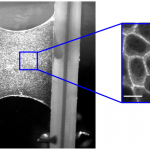 We just published the paper Stress relaxation in epithelial monolayers is controlled by the actomyosin cortex in the journal Nature Physics. Very nice work by a big team led by PhD student Nargess Khalilgharibi and team leader Prof Guillaume Charras. 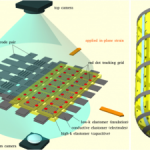 A Deep Learning Approach to Non-linearity in Wearable Stretch Sensors is the latest is the  paper from my research group. Work carried out by PhD student Ben Oldfrey on our Wearable Assistive Materials project. 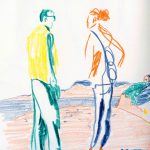 We have launched the UCL Plastic Waste Innovation Hub to  provide an interface between UCL researchers and industry, government, and the public to help solve this environmental catastrophe. 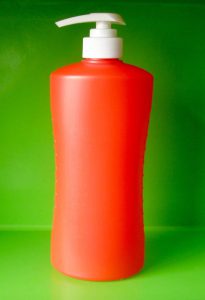 I am leading a multidisciplinary research project called “Designing-out plastic waste‘ which brings together a diverse team of UCL researchers dedicated to solving the plastic waste problem. The project is funded by EPSRC/UKRI. 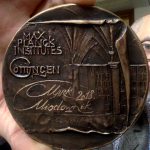 Delighted to have been awarded the 2018 Max Planck Gottingen Institutes Medal for science communication.

I feature in a series of BBC short films produced by Lee Johnson and  Adam Proctor about the strange tale of the miracle material starlite, its inventor the hairdresser Maurice Ward, and why it never became part of our lives. Watch them here. 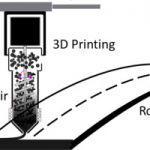 My latest research paper is published in the journal of Materials & Design. A collaboration with Richard Jackson and Adam Wojcik – we show how to build a 3D Printer for asphalt. It part of a project aimed at creating technology to autonomously repair the roads. 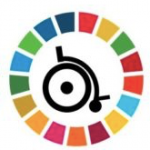 My research group is part of £10m global project called AT 2030 – Life Changing Assistive Technology for All. Its aim is to reach over 3 million people, testing new approaches and backing ‘what works’ to get AT to those who need it. 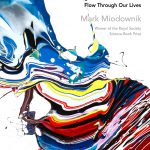 My new book Liquid is about the dangerous and delightful substances that flow through our lives. It has been short-listed for the Royal Society Science Book Prize. 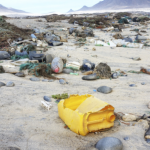 I presented a BBC Radio 4 series called Plastic Fantastic which explores how plastic waste has become a global crisis and what we can do about it. 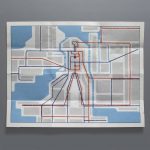 I wrote an article for the Financial Times Magazine called No more potholes: cities that can repair themselves The article features a project I am working on called Self-repairing cities.

Am part of a team with Ben Oldham, Rui Loureiro, Imad Sedki, Mark Corysdale, and Cathy Holloway who have been awarded a research grant to develop bespoke breathable prosthetic liners with growth tracking & active cooling. 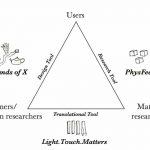 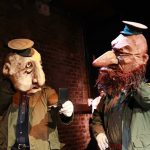 I was invited on the BBC Radio 4 programme A Good Read, where I discussed my choice The Third Policeman. Listen to the programme here. 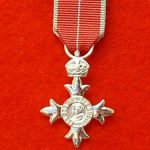 Extremely honoured, and flabbergasted, to have been a awarded an MBE in the Queen’s 2018 New Year’s Honours List.

Am part of a team with Anna Ploszajski, Cathy Holloway and Patrick Cullen who have been awarded a research grant to develop  Nature Inspired 4D printing for biomedical applications.

Delighted to have been awarded the 2017 Michael Faraday Prize from the Royal Society – a huge honour! 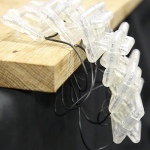 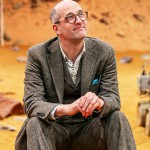 documentary  Secrets of the Super Elements unravels the amazing complexity of our modern technology and finds me worrying about whether we are going to run out of stuff. Watch it  here. 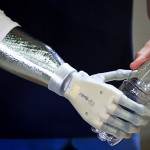 I contributed to this BBC radio programme Print Me A New Body on the materials science and engineering of implants. It is related to our EPSRC funded project Hands of X. Listen to it here. 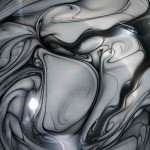 On the The Guardian Science Weekly podcast I discuss graphene and whether it is worth the hype with Prof Richard Jones from the University of Sheffield, Prof Cinzia Casiraghi from Manchester University, and science journalist Nicola Davis.

My Materials TV series is being repeated on BBC TV. It us three 1 hour programmes on the history, science and engineering of materials. The episodes are named METAL, PLASTIC, & CERAMIC. (Jan 2017)

I contributed to this BBC radio programme on the science of Dr Seuss.

I’m part of the team that put on the exhibition Victorians Decoded celebrating the 150th anniversary  of the Transatlantic Cable. It is at the Guildhall Gallery in London. FREE until 22nd Jan 2017.

My BBC TV show Chef vs. Science features a cooking contest between me and chef Marcus Wearing to investigate the materials science of food. Watch it  here.

I am part of major 5 year £5M project funded by the EPSRC to undertake research into creating self-healing cities. The job of my research team is to handle materials aspects of the project. Read more here.

Explore the science, history, industrial and cultural significance of steel in my FREE online course. More than 13,000 people from 139 countries have taken the course. It requires no previous background in science and engineering.  Find out more here.

Very honoured to receive a Prize from the American Associa

tion for  the Advancement of Science for “Enthusiastic and successful commitment to public engagement, igniting a sense of wonder about the world by unveiling the interplay between science, engineering and society.” (Feb 2016)

My latest paper Fabrication of bespoke nasal septal scaffolds, a collaboration led by Mohan Edirisinghe and Richard Thorogate. Work carried out by our joint PhD student Hashim, who is has now post-doc at Cardiff Unviersity. (Feb 2016)

I contributed a chapter to the book The Social Life of Materials My chapter discusses the importance of materials libraries as translation tools to enable materials scientists to talk to other disciplines and avoid becoming siloed.  (Jan 2016)

My article on The Future of Materials is published in the MRS Bulletin. The paper discusses how materials scientists might go about addressing the needs and desires of society in the next 50 years. (Dec 2015).

The BBC repeat my How It Works TV series on UK TV. This is a series of three 1 hour programmes on the history, science and engineering of materials. The episodes are named METAL, PLASTIC, & CERAMIC. (Nov 2015). It is available as DVD called Secret Life of Materials here.

Launched the Italian Version of my book Stuff Matters at the Genova Science Festval (Oct 2015).

Very honoured to be awarded the US National Academies 2015 Communication Award for my book Stuff Matters (Oct 2015).

My tv series Everyday Miracles: The Genius Of Sofas, Stockings And Scanners – repeated on BBC4 – its available on iPlayer (UK only) until end of June 2015.

The latest paper from my research group – on designing materials experiences Design tools for interdisciplinary translation of material experiences.

Our Institute of Making 2nd Year Report is OUT! Download here.

In May I’ll be giving a sensoaesthetic materials workshop at the Kunsthochschule in Berlin; giving public talks at Swansea University, and Exeter University; chairing a session in the Royal Society Meeting for Bioinspired Engineering; and appearing at Hay Literary Festival to talk about my book Stuff Matters.

The latest paper from my research group, a collaboration with the Stramer Lab – on understanding the role of mechanical forces in biological systems Inter-Cellular Forces Orchestrate Contact Inhibition of Locomotion.

My latest column in the Observer Newspaper – Future Fabric (March 2015)

In March I’ll be at Ecobuild, the Institute of Making Open Day, the Big Bang Fair, and Bath University.

My latest column in the Observer Newspaper – How Glass invented modern physics, chemistry, biology and much more. (Feb 2015)

My tv series Everyday Miracles: The Genius Of Sofas, Stockings And Scanners – repeated on BBC4 – its available on iPlayer (UK only) until end of January 2015.

My first column of 2015 – Concrete: solid, dependable, obstinate – and self-healing

Elected a Fellow of the Royal Academy of Engineering

I’ve begun writing a column for the The Observer newspaper on Materials.

Our research paper on the taste of materials.